Today is mine and Brady's 3rd anniversary and I thought it would be fun to share our love story!

Brady and I met at the Classic Skate in Orem, UT in April 2007 when I was only 18.  I was there with my friend Kate and Brady was there with a bunch of boys on a trip down from Rexburg, ID.  After him and his friends left, Kate and I decided to leave too.  When we got in the car, Brady had his friend pull up and talk to us.  He got my number and a couple days later we hung out.  The first night we hung out, we stayed up till 5 AM just talking and laughing.  I instantly knew there was something different about this boy and I really liked him.
We hung out every day for the next two weeks.  Brady left to sell security in Atlanta, and I left to go to BYU Hawaii for the semester.  We talked, texted and emailed for about a month.  Brady seemed to be growing fonder, but my fear of commitment made me break things off.  I told him I didn't want to talk until we were both back in Provo in August.

So when August came, we went on a date to Tucanos and everything fit right back into place.  I loved it.  But I was scared, so I once again told Brady I didn't want anything to do with him.  I feel bad thinking about how I broke his heart, but I know it was what I needed to do in order to grow up!

The months went by, and in December 2007 Brady got a Facebook account.  Not sure how I found out, but I think he became friends with some of my friends and it said it in my news feed.  I wrote him a message and told him he was the last person I ever expected to see on Facebook.  And so the messaging began.... 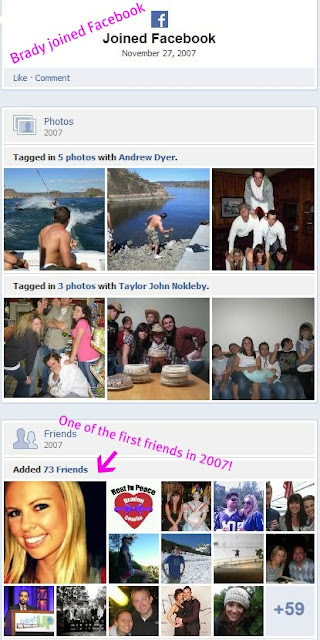 We sent novels back and forth to each other talking about really deep and spiritual topics, and then talking about funny jokes and lighthearted things.  Brady sent me a Boo Koo over night because I was craving one and I secretly loved him for it.  We planned on hanging out when I got back to Utah, but once again I was chicken and I might have had another boyfriend at this point.

So we didn't hang out.  April 2008 came around and Brady sent me a message on Facebook for my birthday.  I was leaving for London in the following days, so I wrote him back something short and sweet when I arrived.  After a month or so of being in London, I saw Brady and Joey became friends on Facebook.  Joey had been dating my cousin for a year at this point.  I messaged Joey and asked him how he knew Brady?  He told me he loves Brady and that they work together.

From that moment, I could not get Brady off my mind.  I still had the boyfriend waiting for me at home, but I knew I was not going to marry this guy.  I wanted to be with Brady.  My friends thought I was crazy since I hadn't even talked to him in 6 months or so.

When I got back from London, I broke up with my boyfriend that very night.  A couple days later I ran into Brady at a stake bbq.  This wasn't by chance.  Joey saw me there, called Brady and told him to come because I was there. From that night, we were together every day of every waking moment.  That was the best summer.  I was finally ready to face the fact that I loved Brady and I really wanted to be with him all the time.  We were married less than a year later on May 15, 2009, three years ago today. 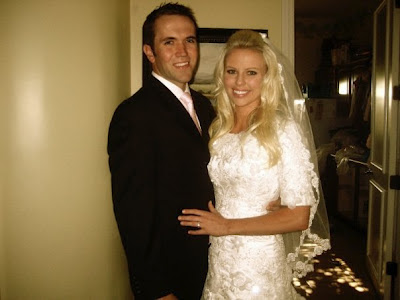 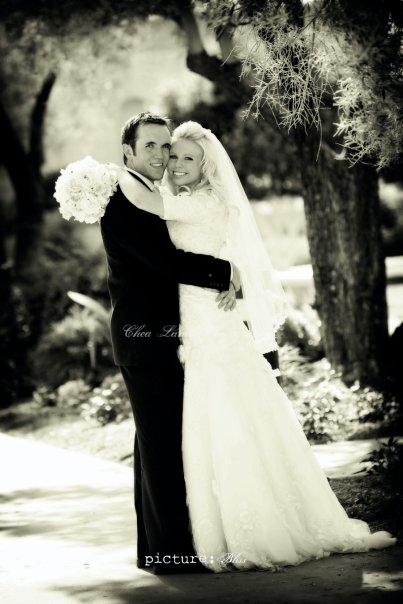 I know I may sound like a total brat the way I treated Brady, but I knew in my heart that I loved him and that really scared me.  I'm so glad Brady waited for me and trusted me in the end that I would not break his heart for the millionth time.  I love him so much.  It makes me want to cry just thinking about it!  I couldn't have married a more patient, loving, hardworking man.  Happy 3rd Anniversary Brady! I love you.
Posted by Brady and Brittany at 9:00 AM 7 comments: 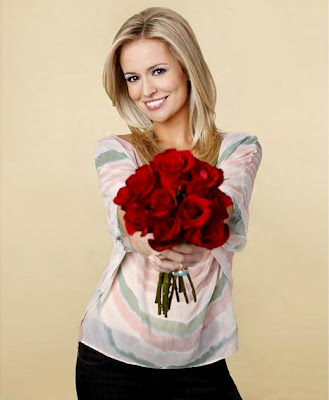 I love The Bachelor and The Bachelorette!  I cannot wait for the new season with Emily.  I want to make a Monday night tradition and watch the show/make dinner for friends, but all my friends who love the show like I do are spread around the country (Arizona, Nevada, California, New York and places in Utah that are 50+ miles away from my home).  I guess I'll just have to force Brady to watch with me.  I know he secretly loves it ;)
Posted by Brady and Brittany at 10:17 AM 2 comments:

Happy Mother's Day Mom!!  I have the best mom.  I really do!  We are best friends and I am so grateful for that.  I have been blessed with such a wonderful mom! I love you! 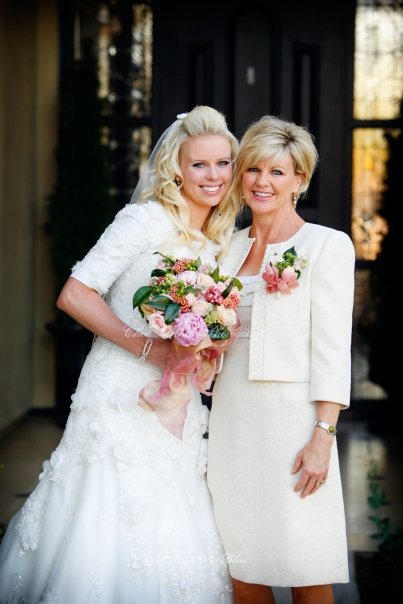 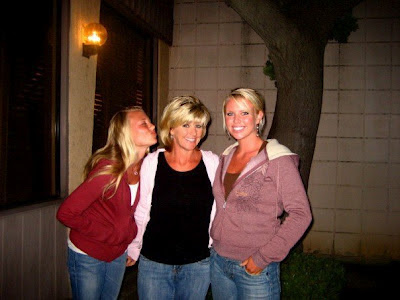 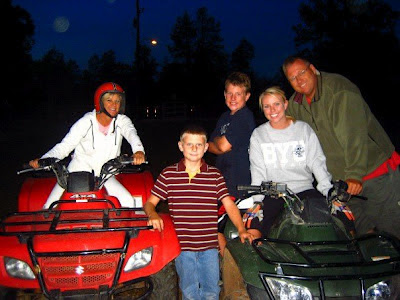 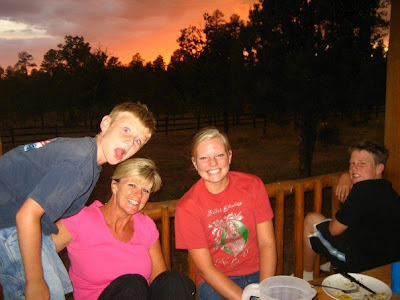 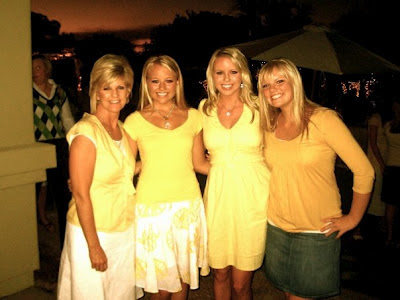 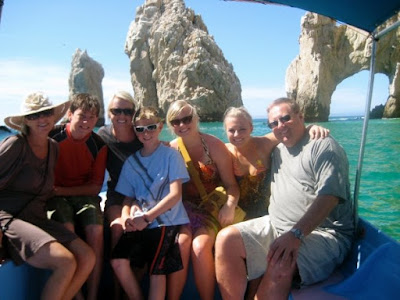 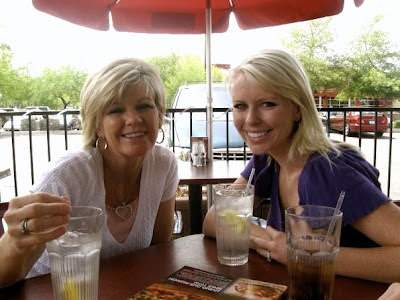 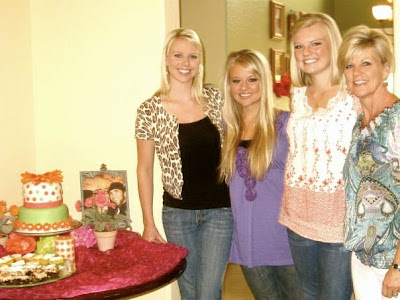 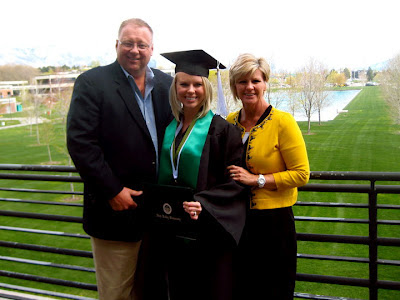 Well it was my 24th birthday on April 23!  It was seriously awesome!!!  Brady spoiled me so so much.  I can't even begin to tell you how lucky I am!

A week before my birthday he told me he had something for me. I told him that if it was a birthday present that I didn't want it until my actual birthday because I love surprises.  He promised it wasn't and handed me a large golden rod envelope.  I opened it and found wads of cash and was shocked!  He said it was for me to go shopping because I have not been shopping (and I mean REAL shopping) in a very long time (since before we got married...)  He had been secretly saving for 4 months and told me he wanted me to spend every penny!  The reason he gave it to me a week early was so I could actually wrap my mind around spending the money on me and not bills.  Trust me, this was NOT easy for me to do!!! 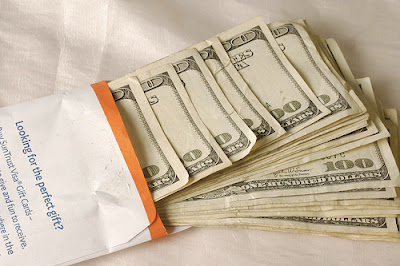 By the time Saturday rolled around, Keri and I made our way to Salt Lake to shop till we dropped!  Brady gave Keri the money so she would make sure we spent all of it on clothes and accessories.  We spend a little over half.  We really tried to spend all of it, but I really have to love something to buy it and I didn't want to just waste money!  But don't worry, I've officially spent it all since then ;)  We found some really great deals and I got sooo many new and really nice things! 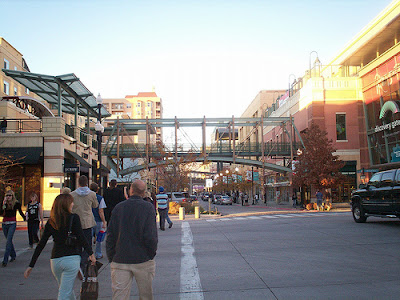 As if that wasn't enough, I woke up to breakfast in bed on my birthday too!  When I walked out into our family room, Brady really surprised me then!!!  There was a brand new beach cruiser with a cute basket and flowers everywhere!!!  My new hobby is gardening and I absolutely love it!  We went to dinner that night and then came home and went on a bike ride.  Wow.  I am just so lucky!!!!!!!!  I love you Brady!  Thanks for the awesome birthday!!!!!!! 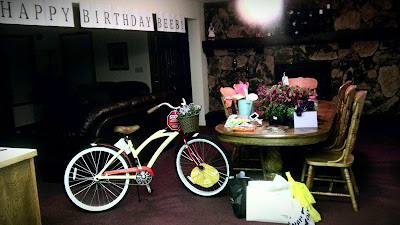 Posted by Brady and Brittany at 2:15 PM 5 comments: 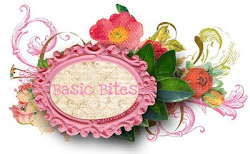